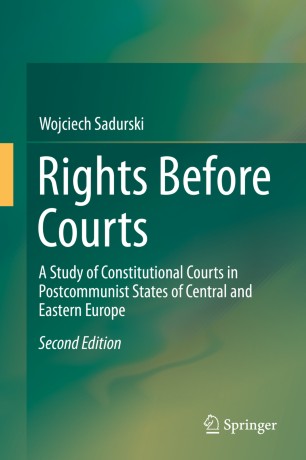 This is a completely revised and updated second edition of Rights Before Courts (2005, paper edition 2008). This book carefully examines the most recent wave of the emergence and case law of activist constitutional courts: those that were set up after the fall of communism in Central and Eastern Europe. In contrast to most other analysts and scholars, the study does not take for granted that they are a “force for good” but rather subjects them to critical scrutiny against a background of wide-ranging comparative and theoretical analysis of constitutional judicial review in the modern world. The new edition takes in new case law and constitutional developments in the decade since the first edition, including considering the recent disturbing disempowerment of the Hungarian Constitutional Court (which previously was probably the most powerful constitutional court in the world) resulting from the fundamental constitutional changes brought about by the Fidesz government.