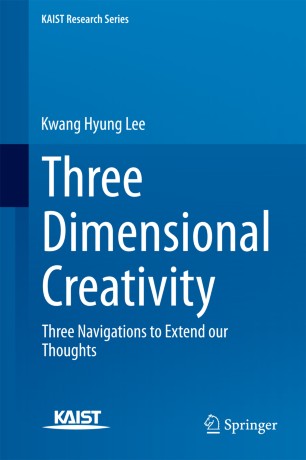 Three Navigations to Extend our Thoughts

Is creativity something that we are simply born with and cannot hone with effort? Some say that creativity cannot be cultivated. Is it true? In general, our thinking sticks to reality unless there is any external stimulation. With our thinking fixed on a certain situation, it becomes difficult to come up with a fresh idea. In this regard, three questions are suggested: (1) Question of Time: When a problem arises, question yourself on a time axis first of all. How would the matter be handled 10 or 20 years from now? (2) Question of Space: Ask yourself some questions on its spatial elements. How would the matter be handled in Saudi Arabia or in China? (3) Question of Field: Apply the given problem in a variety of fields. How would the matter be handled in the field of music or electronic engineering?

The three questions suggested here are given on the three axes: time, space, and field, and this book deals with theoretical and practical aspects on the topics. In this way it is a unique book about the systematic method of developing creativity, which will have appeal to researchers and students in multidisciplinary fields from neuroscience to physics, and engineering and computer science, as well as a general public.

Prof. Kwang-Hyung LEE is a professor at department of Bio and Brain Engineering, and head of graduate school of Future Strategy of KAIST(Korea Advanced Institute of Science and Technology). His interests include Intelligence, Bioinformatics, Creativity and Future strategy. He published more than 100 research papers, and received a merit medal "Chevalier" from French government.