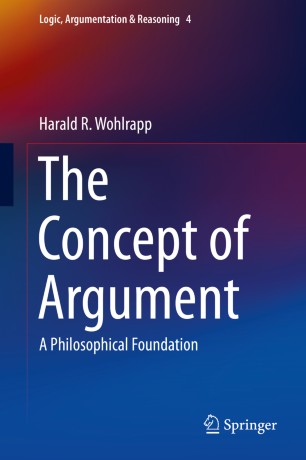 The Concept of Argument

Arguing that our attachment to Aristotelian modes of discourse makes a revision of their conceptual foundations long overdue, the author proposes the consideration of unacknowledged factors that play a central role in argument itself. These are in particular the subjective imprint and the dynamics of argumentation. Their inclusion in a four-dimensional framework (subjective-objective, structural-procedural) and the focus on thesis validity allow for a more realistic view of our discourse practice. Exhaustive analyses of fascinating historical and contemporary arguments are provided. These range from Columbus' advocacy of the Western Passage to India, over the trial of King Louis XVI during the French Revolution, to today’s highly charged controversies surrounding euthanasia and embryo research.

Excavating foundational issues such as the purpose of argument itself (assent of an audience or critical examination of validity claims) and the contested role of argument as a generator of knowledge, the book culminates in a discussion of the relationship between rationality and reasonableness and criticizes the restrictions of ‘rational’ argument relying on fixed logical, economic or cultural criteria that in reality are mutable. Here, a true, open argument requires the infusion of Paul Lorenzen’s principle of ‘transsubjectivity’, which recognizes but transcends the partiality of the individual, and which can be seen in the pragmatic and expanding consensus that humanity can control itself to safeguard the future of a fragile, damaged world.