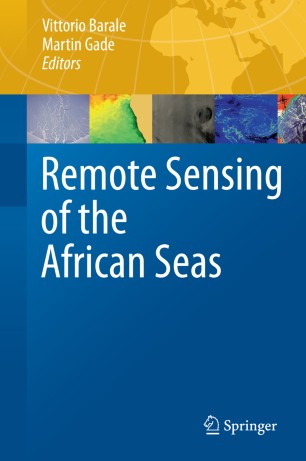 Remote Sensing of the African Seas

The African Seas include marginal basins of two major oceans, the Atlantic and the Indian, a miniature ocean, the Mediterranean Sea, and an infant ocean, the Red Sea. Understanding the wide spectrum of environmental features and processes of such a varied collection of marine and coastal regions requires that in situ observation systems be integrated and actually guided, by the application of orbital remote sensing techniques. This volume reviews the current potential of Earth Observations to help in the exploration of the marginal seas around Africa, by virtue of both passive and active techniques, working in several spectral ranges  – i.e. measuring either reflected visible and near-infrared sunlight, as well as surface emissions in the thermal infrared and microwave spectral regions, or again the surface reflection of transmitted lidar or radar impulses of visible or microwave radiation.

The in-depth evaluation of the advantages offered by each technique and spectral region and in particular by the development of advanced multi-technique systems, contributes to the assessment of the abundant natural resources that the Seas of Africa have to offer, of those in dear need of being – sustainably – exploited and of others that should be protected and maintained in their still pristine conditions.

Vittorio Barale (right) graduated in Physics in 1977, from the University of Milan and then received both his M.S., in 1982 and Ph.D., in 1986, while at the Scripps Institution of Oceanography, from the University of California at San Diego. Since 1990 he has been with the Joint Research Centre of the European Commission. His research focuses on the ecological assessment of marginal and enclosed seas and their coastal margins in particular, using optical remote sensing.

Martin Gade (left) received his first degree in Physics in 1992 and then his doctoral degree in Geosciences in 1996, both from the University of Hamburg, Germany. Since 1991 he has been with the Remote Sensing Unit of the Institute of Oceanography, at the University of Hamburg. His research focuses on air-sea interactions and coastal processes and their remote sensing using active microwave techniques, as well as on laboratory and field experiments with marine surface films.