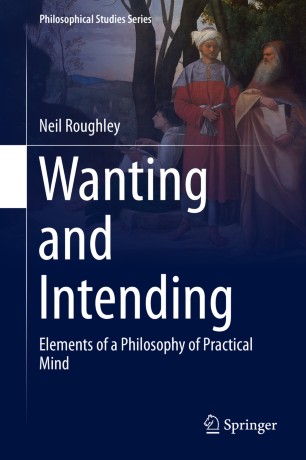 Elements of a Philosophy of Practical Mind

This book aims to answer two simple questions: what is it to want and what is it to intend? Because of the breadth of contexts in which the relevant phenomena are implicated and the wealth of views that have attempted to account for them, providing the answers is not quite so simple. Doing so requires an examination not only of the relevant philosophical theories and our everyday practices, but also of the rich empirical material that has been provided by work in social and developmental psychology.

The investigation is carried out in two parts, dedicated to wanting and intending respectively. Wanting is analysed as optative attitudinising, a basic form of subjective standard-setting at the core of compound states such as 'longings', 'desires', 'projects' and 'whims'. The analysis is developed in the context of a discussion of Moore-paradoxicality and deepened through the examination of rival theories, which include functionalist and hedonistic conceptions as well as the guise-of-the-good view and the pure entailment approach, two views popular in moral psychology.

In the second part of the study, a disjunctive genetic theory of intending is developed, according to which intentions are optative attitudes on which, in one way or another, the mark of deliberation has been conferred. It is this which explains intention's subjection to the requirements of practical rationality. Moreover, unlike wanting, intending turns out to be dependent on normative features of our life form, in particular on practices of holding responsible.

The book will be of particular interest to philosophers and psychologists working on motivation, goals, desire, intention, deliberation, decision and practical rationality.

“This book is a comprehensive and thorough exploration of the concepts of wanting and intending, their co-relations and conceptual and empirical interdependencies. … Roughley’s presentation of the concept of wanting is telling and his novel approach to the concept of intention is worthy of further interest. Thus, the book is essential reading for researchers in the philosophy of action and related disciplines.” (Piotr Tomasz Makowski, Ethical Theory and Moral Practice, Vol. 20, 2017)
Buy options