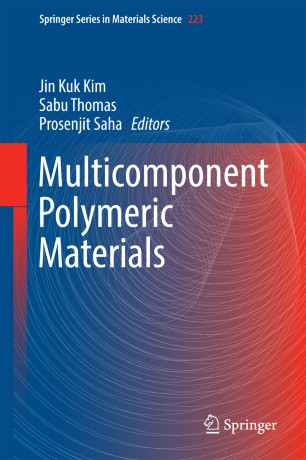 The book offers an in-depth review of the materials design and manufacturing processes employed in the development of multi-component or multiphase polymer material systems. This field has seen rapid growth in both academic and industrial research, as multiphase materials are increasingly replacing traditional single-component materials in commercial applications. Many obstacles can be overcome by processing and using multiphase materials in automobile, construction, aerospace, food processing, and other chemical industry applications.
The comprehensive description of the processing, characterization, and application of multiphase materials presented in this book offers a world of new ideas and potential technological advantages for academics, researchers, students, and industrial manufacturers from diverse fields including rubber engineering, polymer chemistry, materials processing and chemical science. From the commercial point of view it will be of great value to those involved in processing, optimizing and manufacturing new materials for novel end-use applications. The book takes a detailed approach to the description of process parameters, process optimization, mold design, and other core manufacturing information. Details of injection, extrusion, and compression molding processes have been provided based on the most recent advances in the field.
Over two comprehensive sections the book covers the entire field of multiphase polymer materials, from a detailed description of material design and processing to the cutting-edge applications of such multiphase materials. It provides both precise guidelines and general concepts for the present and future leaders in academic and industrial sectors.

Professor Jin Kuk Kim is a senior professor of Department of Polymer Science of Gyeongsang National University, South Korea. Prof. Kim is one of the most regarded researchers in the field of Elastomer and Polymer Technology at global standard. Prof. Kim has published more than 100 research articles in the leading scientific journals during his research career. He has filled about 70 patents and edited 3 books on his credit. More than 50 national/international research projects have been completed under his investigation. He has been involved in the research on elastomer materials and composites for more than 25 years. His basic research includes, (i) high performance elastomer, (ii) thermoplastic Elastomer Gels/Soft Materials, (iii) electrospinning of nanofibers, (iv) polymeric biomaterial and its applications.
Dr. Sabu Thomas is presently working as a Professor of Polymer Science & Technology & Hon. Director of Centre for Nanoscience and Nanotechnology, School of Chemical Sciences, Mahatma Gandhi University, India. His research area widely spreads from polymer to nanotechnology to biomaterials. His outstanding contributions to synthesis, characterization and applications of various polymeric nanomaterials, polymeric blends, fiber filled polymer composites, ageing and degradation of polymers, interpenetrating polymer systems and phase transitions are highly regarded and appreciated by global scientists community. Prof Thomas has h Index-67, Total Number of Publications- 593, Total Number of Citations-16500,Patents-4, Books- 30, PhD theses supervised- 64, Current PhD students-25, Projects -30, Funds Received- Rs.USD 3.7 million. He has been awarded and cited in the list of Most Productive Researchers in India, 5th Position, in 2008.
Dr. Prosenjit Saha is an Assistant Professor in the Indian Institute of Engineering Science and Technology, Shibpur, India. He is a seasoned researcher with six years experiences on bio-based polymeric materials synthesis and characterization in India and South Korea with 14 peer-reviewed publications in leading International Journals. Based on the research outcomes, three patents have been filled (two Indian, and one US). Published journal articles were highly cited. One of them (published in Bioresources Technology) has been cited more than 63 times in last two years. Collaborate with broad spectrum of researchers from India, and South Korea. He has contributed as Reviewer of several peer reviewed journals such as J Appl Polym Sci., Carbohydr Polym., Bioresources, Construction and Building Materials, etc. His basic research area includes Synthesis, chemical modifications, and characterization of polymeric materials, Green synthesis of new-generation polyurethanes, Eco-friendly devulcanization of waste rubber composites, Electrospinning of nanofibers.