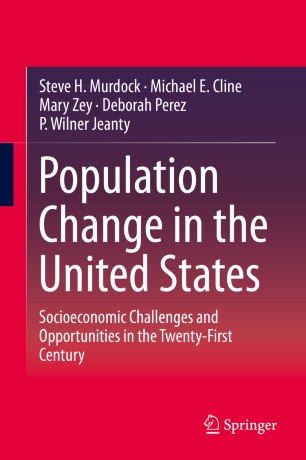 Population Change in the United States

Socioeconomic Challenges and Opportunities in the Twenty-First Century

This new volume maps the complex interplay of demographic and socioeconomic changes in the United States, where rapid aging and ethnic diversification are merely the most salient of the many issues with major long-term implications. Drawing on The United States Census Bureau’s post-2010 detailed projections, as well as a wealth of data distilled from authoritative sources, the authors tackle many of the urgent policy questions raised by America’s changing population. The book explores the ways economic markets are adapting to an older and more diverse customer base, how the projected demographic change will impact public service demand, the growing economic disparities between asset-rich baby boomers and youth struggling for economic security, and how the projected demographic patterns will change the fiscal, economic, education, health, and housing sectors and alter the social structures and processes impacting American households and the diverse array of America’s future population.

A thorough survey of major demographic patterns in the USA up to 2050 is followed by an assessment of how these will affect socioeconomic, public service, fiscal, economic, and social structures and mechanisms, down to the size and composition of households. The analysis then considers possible variations of outcome predicated on alternative dynamic patterns between demographics and socioeconomics. Cutting through the politics and communal anxieties with hard, cutting-edge data, this study will be a primary source for all those who must use its contents to guide their decisions.

Steve Murdock, Ph.D. is the founding Director of the Hobby Center for the Study of Texas, Dr. Murdock holds the Allyn and Gladys Cline Chair in Sociology at Rice University. He is the former Director of the U.S. Census Bureau, The State Demographer of Texas, holder of a Regents Chair at Texas A&amp;M University, The Lutcher Brown Distinguished Chair in Demography and Organization Studies at the University of Texas at San Antonio, and a noted scholar with 13 books and more than 150 articles and analytical reports. He is the recipient of the Distinguished Alumni Award from North Dakota State University, the Distinguished Rural Sociologist Award from the Rural, Sociological Society, a recipient of the Excellence in Research Awards from the Rural Sociological Society, Faculty Distinguished Research Award from Texas A&amp;M University and is a member of Phi Beta Kappa, Phi Kappa Phi and the Phi Eta Sigma national honorary societies. He is also noted in applied and Texas governmental circles having been named as one of the 50 most influential Texans by Texas Business in 1997 and one of the 25 most influential Texans by Texas Monthly in 2005. He has extensive experience in research on a wide variety of issues impacting Texas and is widely known as a national expert in the areas of Demography, Rural Sociology and Socioeconomic Impact Assessment.