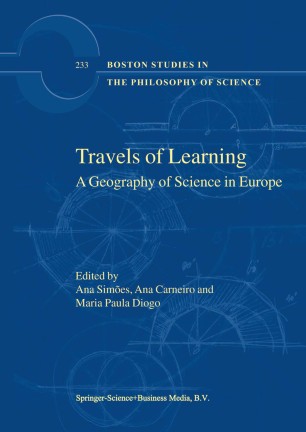 A Geography of Science in Europe

Part of the Boston Studies in the Philosophy of Science book series (BSPS, volume 233)

The idea behind this book grew out of a research project launched by the international group STEP (Science and Technology in the European Peripheries), established in 1999 by historians of science from Spain, Portugal, Belgium, Greece, Turkey, Italy, Russia, Sweden and Denmark. The aim has been to re-examine the historical, and we might also add, the geographical character of science and technology and their institutions in regions and societies within Europe, usually outside mainstream historical analysis. The intended activities of the group have been framed by the following issues: reconsidering the "centre-periphery" model which has been the dominant model in studies on the transfer of scientific knowledge; bringing to the fore the concept of scientific appropriation and attempting to study the construction of various local discourses; systematically examining the relationship between science, politics and the rhetoric of modernisation in societies in the European periphery; joining forces to find out more about scientific travels; using networks to further understand the dynamics and role of scholars on societies in the periphery of Europe; intensifying efforts to catalogue and make available to the international community the archival material in the peripheral countries (http://www. cc. uoa. gr/step, on page 2). As a result of these programmatic guidelines, a meeting was held in Lisbon in September 2000 in which the topic of scientific travels was used as a particularly good unifying theme on which to base a discussion of case studies involving the European peripheries.