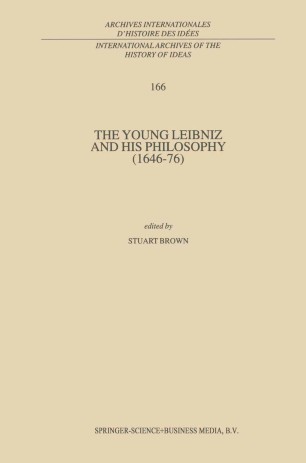 Despite the importance of Leibniz's mature philosophy, his early work has been relatively neglected. This collection begins with an overview of his formative years and includes 12 original papers by internationally-known scholars. The contributions reflect the wide range of the young Leibniz's philosophical interests and his interests in related subjects, including law, physics and theology. Some chapters explore his relationship to other philosophers, including his teachers in Leipzig and Jena and his Paris friend Tschirnhaus, as well as Hobbes and Spinoza. Others focus on particular periods or texts and deal with themes ranging from ethics and free-will to his philosophically-significant account of transubstantiation and his early monadology. Some of the topics are familiar to Leibniz students - harmony, sufficient reason and possible worlds, for instance - but others are less familiar - for instance, his attitude to historical truth, millenarianism and the relation of mathematics to the natural world. The book provides an introduction to Leibniz's early philosophy and throws light on the development of some of the doctrines with which he is particularly associated.