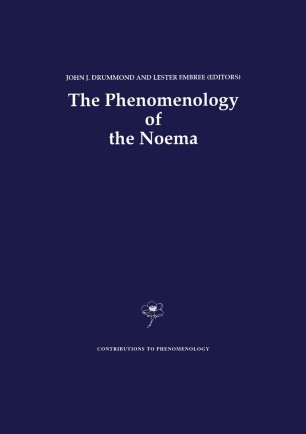 The Phenomenology of the Noema

Part of the Contributions to Phenomenology book series (CTPH, volume 10)

Philosophers contributing new ideas are commonly caught within a received philosophical vocabulary and will often coin new, technical terms. Husserl understood himself as advancing a new theory of intentionality, and he fashioned the new vocabulary of `noesis' and `noema'. But Husserl's own statements regarding the noema are ambiguous. Hence, it is no surprise that controversy has ensued. The articles in this book elucidate and clarify the notion of the noema; the book includes articles which phenomenologically describe and analyze the noemata of various experiences as well as articles which undertake the `metaphenomenological' explication of the doctrine of the noema. These two enterprises cannot be isolated from one another. Any analysis of the noema of a particular type of experience will necessarily illustrate, at least by instantiating the general notion of noema. And any metaphenomenological account of the noema itself will guide particular researches into the noemata of particular experiences.