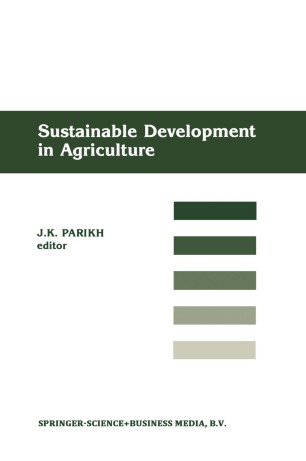 Food problems - the efficient production or procurement of food and its appropriate distribution among members of society - are problems endemic to mankind. Yet the nature and dimensions of these problems have been changing over time. As economic systems have developed, specialization has increased; and this has led to increased interdependences of rural and urban areas, of agricultural and nonagricultural sectors, and of nations. When the International Institute for Applied Systems Analysis (IIASA) began the Food and Agriculture Program (FAP) in 1976, we started with these objectives: (1) To evaluate the nature and dimensions of the world food situation. (2) To identify the factors that affect it. (3) To suggest policy alternatives at national, regional, and global levels: (a) To alleviate current food problems. (b) To prevent food problems in the future. To realize these objectives, FAP was organized around two major tasks. The first task was directed at national policy for food and agriculture in an international situation. Here, computable general equilibrium models were developed for nearly 20 major developed and developing countries and were linked together to examine food trade, aid, capital flows, and how they affect hunger, in addition to the effects of national government policies, which were also considered in detail. This approach, however, needed to be complemented by another approach that dealt with food production at the farm level.