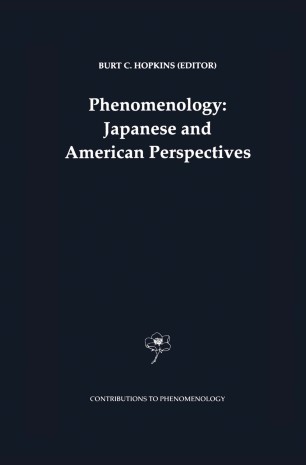 Part of the Contributions to Phenomenology book series (CTPH, volume 36)

Many of the contributions to this volume are based on research originally presented at the historic first meeting in the United States of Japanese and American phenomenologists that took place at Seattle University in the Summer of 1991. In addition, other contributions have been added in order to supplement and complement the themes of the work presented at this meeting. Owing both to the vagaries of fate and the finitude of time, the publication of these essays has taken much longer than was originally intended. Nevertheless, this delay is more than offset by the inclusion in one volume of both phenomenological thematics and phenomenological authors who do not usually appear together.