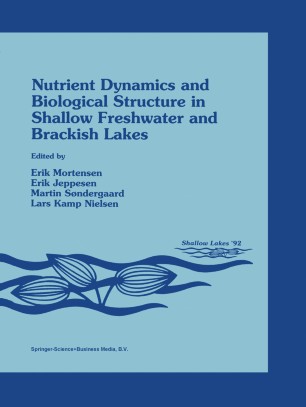 Part of the Developments in Hydrobiology book series (DIHY, volume 94)

The nutrient dynamics and biological structure of shallow non-stratified lakes differ markedly from that of deep and stratified lakes: for example, the return of nutrients lost through sedimentation is faster and the potential importance of fish and submerged macrophytes as food-web regulators is greater. In addition shallow lakes are more easily influenced by fluctuations in the physical environment caused by wind disturbance, temperature change, etc. Although shallow lakes are often the most common lake type in lowland countries, less attention has been paid to them than to deep stratified lakes and few comparisons have been made between shallow freshwater and brackish lakes.
The volume is divided into five main themes, each introduced by an invited speaker: