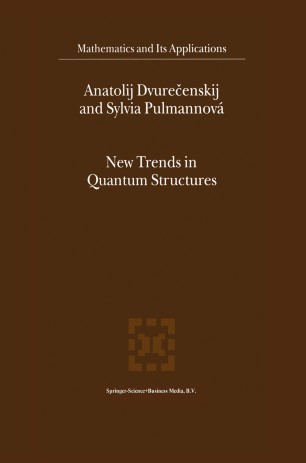 Part of the Mathematics and Its Applications book series (MAIA, volume 516)

D. Hilbert, in his famous program, formulated many open mathematical problems which were stimulating for the development of mathematics and a fruitful source of very deep and fundamental ideas. During the whole 20th century, mathematicians and specialists in other fields have been solving problems which can be traced back to Hilbert's program, and today there are many basic results stimulated by this program. It is sure that even at the beginning of the third millennium, mathematicians will still have much to do. One of his most interesting ideas, lying between mathematics and physics, is his sixth problem: To find a few physical axioms which, similar to the axioms of geometry, can describe a theory for a class of physical events that is as large as possible. We try to present some ideas inspired by Hilbert's sixth problem and give some partial results which may contribute to its solution. In the Thirties the situation in both physics and mathematics was very interesting. A.N. Kolmogorov published his fundamental work Grundbegriffe der Wahrschein­ lichkeitsrechnung in which he, for the first time, axiomatized modern probability theory. From the mathematical point of view, in Kolmogorov's model, the set L of ex­ perimentally verifiable events forms a Boolean a-algebra and, by the Loomis-Sikorski theorem, roughly speaking can be represented by a a-algebra S of subsets of some non-void set n.