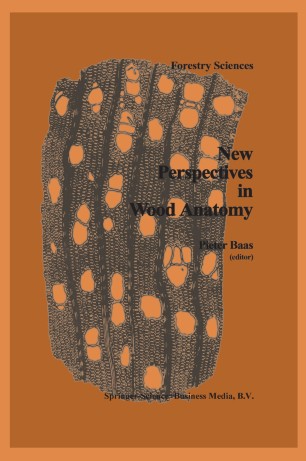 On the occasion of the 50th Anniversary of the International Association of Wood Anatomists several symposia were held during the 13th International Botanical Congress in Sydney, August 1981. Extended versions of most of the invited papers presented there, and some additional papers on aspects which could not be included in the congress program constitute the contents of this book, which intentionally received the pretentious title 'New Perspectives in Wood Anatomy'. To some readers it may seem a paradox that under this heading papers on a diversity of partly traditional wood anatomical subjects are assembled, even including two with a historical emphasis. However, a study of the history of wood anatomy and of how students of that discipline joined forces in an inter­ national association, brings to light many facts and views which deserve the attention of present day and future wood scientists as a potential source of in­ spiration for their research and organisational work.