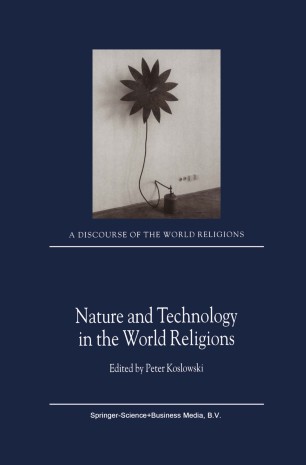 Nature and Technology in the World Religions

Part of the A Discourse of the World Religions book series (DOWR, volume 3)

Technology and the control of nature have arisen from the endeavor to reduce the neediness of human life. Since this reduction is also the goal of religions, there is a necessary proximity between religion and technology. The relationship of humans to nature and technology is an object of religious doctrine and ethics in all of the world's religions. The interpretations and the norms of the treatment of nature in economy and technology, but also the veneration of nature in nature-mysticism and its elevation in cult and sacrament, are forms of expression of the relationship to nature in religions. The development of the modern control of nature through technology appears to be connected to the biblical commission to rule over nature. Buddhism and Hinduism, however, also interpret technology and human control of nature.
Technological power raises the question of how the normativeness of the created order intended by religion's concept of creation relates to the human freedom to reshape creation. What answers do religions give to the question of the humane form of technology and the limits to technological power and human control of nature?
Leading scholars of Judaism, Christianity, Islam, Hinduism, and Buddhism have created with this volume a first-hand source of information which enables the reader to gain a better understanding of these five world religions and their teachings on nature and technology.