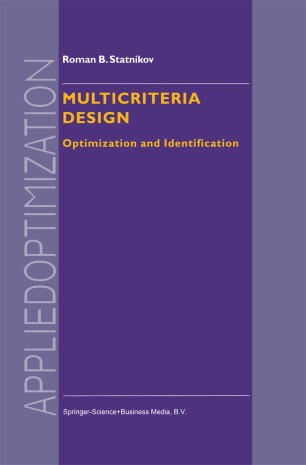 This book is devoted to the PSI method. Its appearance was a reaction to the unsatisfactory situation in applications of optimization methods in engineering. After comprehensive testing of the PSI method in various fields of machine engineering it has become obvious that this method substantially surpasses all other available techniques in many respects. It has now become known that the PSI method is successfully used not only in machine design, at which it was initially aimed, but also in polymer chemistry, pharmacy, nuclear energy, biology, geophysics, and many other fields of human activity. To all appearances this method has become so popular for its potential of taking into account the specific features of applied optimization better than other methods, being, at the same time, comparatively simple and friendly, and because, unlike traditional optimization methods which are intended only for searching for optimal solutions, the PSI method is also aimed at correctly formulating engineering optimization problems. One well-known aircraft designer once said, "To solve an optimization problem in engineering means, first of all, to be able to state this problem properly". In this sense the PSI method has no competitors. Although this method has been presented in Russia in numerous papers and books, Western readers have had the opportunity to familiarize themselves with this method only recently (Ozernoy 1988; Lieberman 1991; Stadler and Dauer 1992; Dyer, Fishburn, Steuer, Wallenius, and Zionts 1992; Steuer and Sun 1995, etc. ).