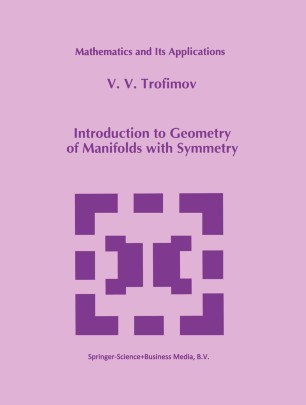 Introduction to Geometry of Manifolds with Symmetry

Part of the Mathematics and Its Applications book series (MAIA, volume 270)

One ofthe most important features of the development of physical and mathematical sciences in the beginning of the 20th century was the demolition of prevailing views of the three-dimensional Euclidean space as the only possible mathematical description of real physical space. Apriorization of geometrical notions and identification of physical 3 space with its mathematical modellR were characteristic for these views. The discovery of non-Euclidean geometries led mathematicians to the understanding that Euclidean geometry is nothing more than one of many logically admissible geometrical systems. Relativity theory amended our understanding of the problem of space by amalgamating space and time into an integral four-dimensional manifold. One of the most important problems, lying at the crossroad of natural sciences and philosophy is the problem of the structure of the world as a whole. There are a lot of possibilities for the topology offour­ dimensional space-time, and at first sight a lot of possibilities arise in cosmology. In principle, not only can the global topology of the universe be complicated, but also smaller scale topological structures can be very nontrivial. One can imagine two "usual" spaces connected with a "throat", making the topology of the union complicated.