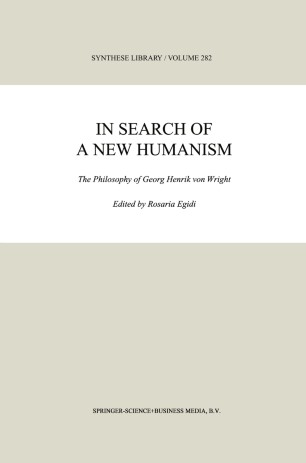 In Search of a New Humanism

This collection of essays presents a systematic and up-to-date survey of the main aspects of Georg Henrik von Wright's philosophy, tracing the general humanistic leitmotiv to be found in his vast, varied output. The analysis covers the developments in Von Wright's thought up to the end of the 1990s. The essays are arranged thematically to focus on the chief areas of Von Wright's interests: practical rationality; human action and determinism; philosophical logic and theories of norms; research in the analytical tradition; and Wittgenstein studies.
Readership: Scholars and students of moral philosophy, logic, psychology, sociology, cognitive science and the history of contemporary philosophy.