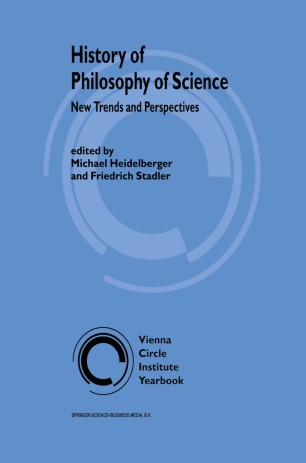 History of Philosophy of Science

This volume includes in its special part recent contributions to the philosophy of science from a historical point of view and of the highest topicality: the range of the topics is covering all fields in the philosophy of the science provided by authors from Europe, America and around the world focussing on ancient , modern and contemporary periods in the development of the science philosophy. It represents a distinguished selection of the "Third Biennial Meeting of the History of Philosophy of Science Working Group" in Vienna (HOPOS 2000), which was jointly organised by Vienna Circle Institute at the University of Vienna. The audience of this proceedings is the scientific community and students at graduate level as well as postdocs in this interdisciplinary field of research.
The general part contains as usual a report/document section with special highlights - contributions on American philosophers (by Gerald Holton) and on Wittgenstein (David Stern) - as well as review articles and review related new publications and short documentation of Vienna Circle Institute's activities.