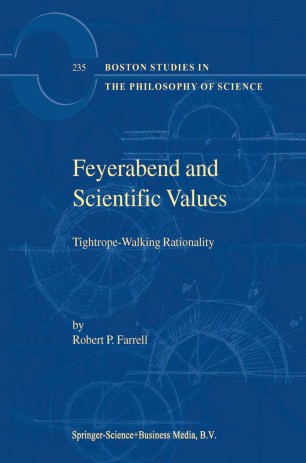 Part of the Boston Studies in the Philosophy of Science book series (BSPS, volume 235)

Every philosopher of science, and every student of the philosophy of science, has heard of Paul Feyerabend: the iconoclast who supposedly asserted that science is not rational, nor objective, but is characterised by anarchism, relativism, subjectivism and power. In this book it is argued that this picture of Feyerabend is false. Though Feyerabend was an iconoclast, his destructive philosophy was also creative. Feyerabend was deeply critical of a particular theory of scientific rationality, herein labelled 'Rationalism' - characterised as the algorithmic application of universal, necessary, atemporal rules - but he did not completely reject the idea of scientific rationality. It is argued that Feyerabend implicitly supported an alternative theory of rationality, herein labelled tightrope-walking rationality, characterised as the context-sensitive balancing of inherently irreconcilable values.
The first half of the book deals with the entrenched misunderstandings of Feyerabend's philosophy that have arisen through a lack of appreciation of the target of Feyerabend's criticisms. The second half of the book brings together the positive elements to be found in Feyerabend's work, and presents these elements as a coherent alternative conception of scientific rationality.