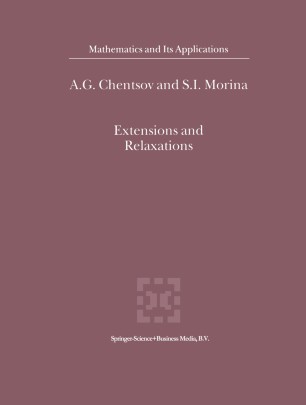 Part of the Mathematics and Its Applications book series (MAIA, volume 542)

In this book a general topological construction of extension is proposed for problems of attainability in topological spaces under perturbation of a system of constraints. This construction is realized in a special class of generalized elements defined as finitely additive measures. A version of the method of programmed iterations is constructed. This version realizes multi-valued control quasistrategies, which guarantees the solution of the control problem that consists in guidance to a given set under observation of phase constraints.

Audience: The book will be of interest to researchers, and graduate students in the field of optimal control, mathematical systems theory, measure and integration, functional analysis, and general topology.