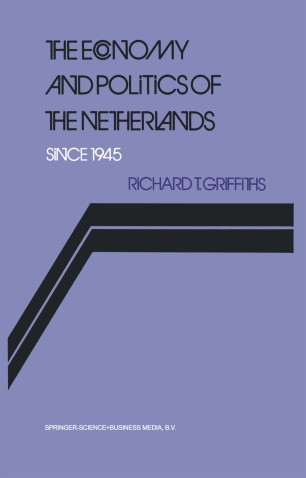 The Economy and Politics of the Netherlands Since 1945

There is relatively little information on The Netherlands written in the English language which is easily accessible to social science students and even less which is systematically assembled between the covers of a single book. This is unfortunate not only because The Netherlands is an important part of Western Europe but because the experience of The Netherlands in the way in which it has attempted to resolve the economic and political problems confronting it may help to shed valuable light on similar issues facing other European countries. The contributions for this volume were chosen with these considerations in mind. On the one hand the selection of topics was intended to provide an overall impression of the political and economic development of The Netherlands since the Second World War. Thus separate chapters are devoted to an examination of economic develop­ ment; counter-inflation, energy, regional and planning policies; pressure groups, electoral performance, cabinet formation and colonial and Euro­ pean policies. On the other hand, these areas for investigation were chosen to invite specific contrast with the experience of other European nations or to illustrate certain problems of political or economic theory. It is my pleasure to thank, first of all, the contributors themselves for the conscientious way in which they prepared their drafts which made my task as editor so much easier. Secondly, it will be apparent to even the most casual observer that I have contributed two chapters.