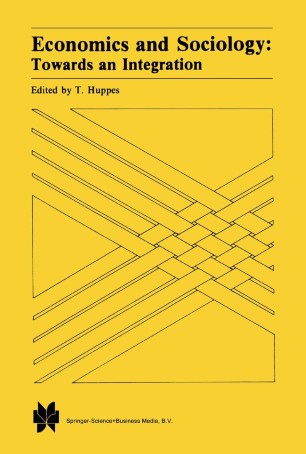 Economics and Sociology: Towards an Integration

In recent years economics has been the subject of increasingly severe criticism. It has failed both to predict and to counteract the economic crisis now aftlicting nearly the whole Western world. Economic life is more disrupted than ever: - the rate of inflation has risen alarmingly - unemployment has not been as high since the 1930s - economic growth is stagnating - there is increasing opposition to the inequality in the distribution of income and wealth, on anational scale as weIl as in the world at large - the process of economic integration (EEC, GATT, UNCTAD) is being thwarted - programmes of economic development in the third world have not produced the desired effects - etcetera. Obviously, it would not be fair to put the blame for the crisis on economic science. But the present predicament does call for serious consideration of the !imitations of economic explanation. Among the social sciences, economics is unquestionably the most advanced discipline. Its very sophistication, however, leads it to abstract from social phenomena such as norms, institutions, power, conflict and social change. Thus the manifest influence of sociological variables on the course of economic processes remains hidden. Dominating this book as a drumbeat is the conviction held by the several authors that a c1earer grasp of the current problems may be obtained if economists and sociologists are prepared to co-operate more closely. An interdisciplinary approach is warranted; the distinction between the social sciences should be less sharply drawn.