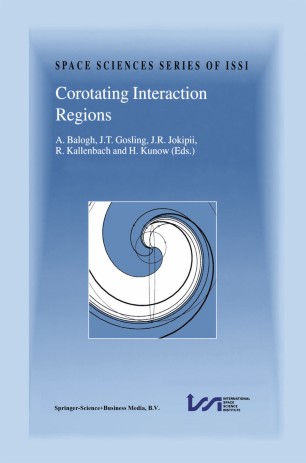 A Corotating Interaction Region (CIR) is the result of the interaction of fast solar wind with slower solar wind ahead. CIRs have a very large three-dimensional ex­ tent and are the dominant large-scale structure in the heliosphere on the declining and minimum phase of the solar activity cycle. Until recently, however, CIRs could only be observed close to the ecliptic plane, and their three-dimensional structure was therefore not obvious to observers and theoreticians alike. Ulysses was the first spacecraft allowing direct exploration of the third dimen­ sion of the heliosphere. Since 1992, when it has entered a polar orbit that takes it 0 up to 80 latitude, the spacecraft's performance has been flawless and the mission has provided excellent data from a superbly matched set of instruments. Perhaps the most exciting observation during Ulysses' first passage towards the south pole of the Sun was a strong and long lasting CIR whose energetic particle effects were observed up to unexpectedly high latitudes. These observations, documented in a number of publications, stimulated considerable new theoretical work.