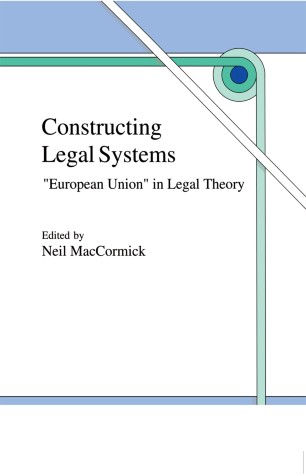 Legal theory has been much occupied with understanding legal systems and analysing the concept of legal system. This has usually been done on the tacit or explicit assumption that legal systems and states are co-terminous. But since the Rome Treaty there has grown up in Europe a `new legal order', neither national law nor international law, and under its sway older conceptions of state sovereignty have been rendered obsolete.
At the same time, it has been doubted whether the `European Union' that has grown out of the original `European Communities' has a satisfactory constitution or any constitution at all. What kind of legal and political entity is this `Union' and how does it relate juridically and politically to its member states? Further, the activity of construing or constructing `legal system' and legal knowledge becomes visibly problematic in this context. These essays wrestle with the above problems.