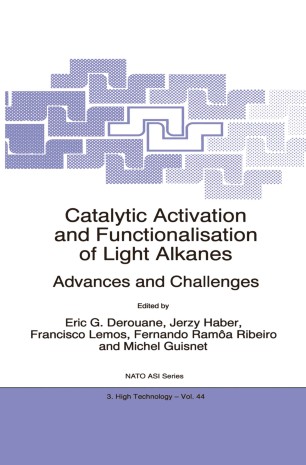 Light alkanes tend to be resistant to many forms of activation. The horizontal approach of the present book covers homogeneous, heterogeneous and biological catalysis, thus allowing readers to gain an awareness of progress and ideas in research areas different from their own. The book contains both general chapters, giving an overview of the subject, and specialised contributions that deal with the details and state of the art. A specialist report is also included which gives a critical insight into current progress and discusses future prospects and major challenges.
Audience: Newcomers and senior researchers in the field of alkane activation. The mixed theoretical and practical approach will be of interest to researchers and industrialists alike.

`... an important contribution towards the integration of different approaches to catalysis, as advocated in the Workshop report, and is sure to find its way on to the shelves of many laboratories in which catalysis research is being pursued or considered.'
Applied Organometallic Chemistry, 13 (1999)