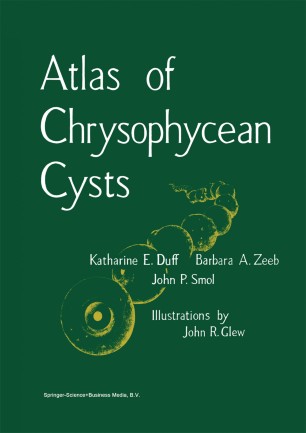 Part of the Developments in Hydrobiology book series (DIHY, volume 99)

Chrysophycean algae are a diverse and often abundant group of primarily freshwater phytoplankton, characterized by the endogenous formation of siliceous cysts or stomatocysts (also called statospores or statocysts). Cyst morphology is highly variable, but believed to be species-specific.
Recently, cysts have received considerable attention from phycologists and especially paleoecologists who wish to use these indicators for assessments of environmental change. Nonetheless, attempts at using cysts have often been hampered by taxonomic problems.
This Atlas dispels some of the mystery surrounding stomatocysts, facilitating the accurate identification of individual cyst morphotypes, and encouraging other workers to begin using these important indicators. The terminology used to describe cysts is outlined in detail, followed by detailed descriptions of cyst morphotypes, following International Statospore Working Group (ISWG) guidelines, complemented by scanning electron and light micrographs, as well as line illustrations. Any available biogeographical and ecological information is also provided. These descriptions will further accelerate the continued effort to link cyst morphotypes to the algae that produce them.
For paleoecologists who wish to include stomatocysts in their studies, researchers working with living chrysophycean algae, and those interested in the morphology and ultrastructure of cyst morphotypes.

John P. Smol is a professor in the Biology Department at Queen's University (Canada), with a cross-appointment at the School of Environmental Studies. He co-directs the Paleoecological Environmental Assessment and Research Lab (PEARL). Professor Smol is co-editor of the Journal of Paleolimnology and holds the Canada Research Chair in Environmental Change.