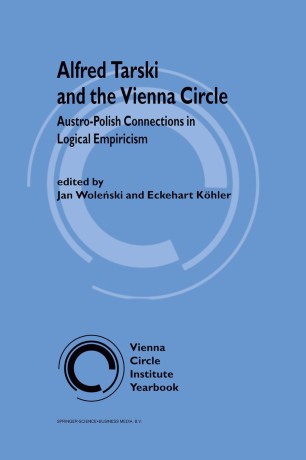 Alfred Tarski and the Vienna Circle

The larger part of Yearbook 6 of the Institute Vienna Circle constitutes the proceedings of a symposium on Alfred Tarski and his influence on and interchanges with the Vienna Circle, especially those on and with Rudolf Carnap and Kurt Gödel. It is the first time that this topic has been treated on such a scale and in such depth. Attention is mainly paid to the origins, development and subsequent role of Tarski's definition of truth. Some contributions are primarily historical, others analyze logical aspects of the concept of truth. Contributors include Anita and Saul Feferman, Jan Wolenski, Jan Tarski and Hans Sluga. Several Polish logicians contributed: Gzegorczyk, Wójcicki, Murawski and Rojszczak. The volume presents entirely new biographical material on Tarski, both from his Polish period and on his influential career in the United States: at Harvard, in Princeton, at Hunter, and at the University of California at Berkeley. The high point of the analysis involves Tarski's influence on Carnap's evolution from a narrow syntactical view of language, to the ontologically more sophisticated but more controversial semantical view. Another highlight involves the interchange between Tarski and Gödel on the connection between truth and proof and on the nature of metalanguages.
The concluding part of Yearbook 6 includes documentation, book reviews and a summary of current activities of the Institute Vienna Circle. Jan Tarski introduces letters written by his father to Gödel; Paolo Parrini reports on the Vienna Circle's influence in Italy; several reviews cover recent books on logical empiricism, on Gödel, on cosmology, on holistic approaches in Germany, and on Mauthner.