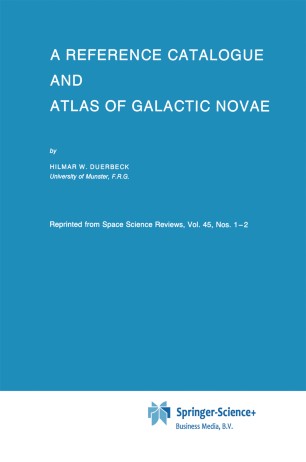 A Reference Catalogue and Atlas of Galactic Novae

`All serious observers of novae and related objects will want this book. I certainly could not live without it.' Journal of the British Astronomical Association