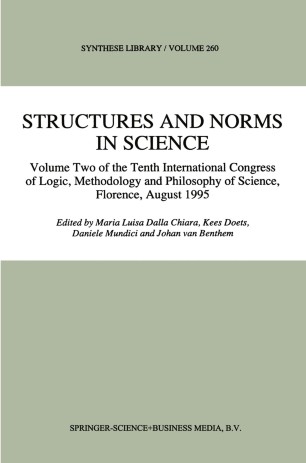 Structures and Norms in Science

Volume Two of the Tenth International Congress of Logic, Methodology and Philosophy of Science, Florence, August 1995

This book gives a state-of-the-art survey of current research in logic and philosophy of science, as viewed by invited speakers selected by the most prestigious international organization in the field. In particular, it gives a coherent picture of foundational research into the various sciences, both natural and social. In addition, it has special interest items such as symposia on interfaces between logic and methodology, semantics and semiotics, as well as updates on the current state of the field in Eastern Europe and the Far East.