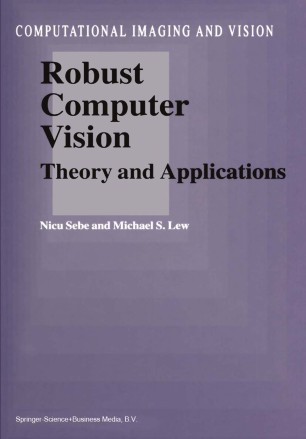 From the foreword by Thomas Huang:
"During the past decade, researchers in computer vision have found that probabilistic machine learning methods are extremely powerful. This book describes some of these methods. In addition to the Maximum Likelihood framework, Bayesian Networks, and Hidden Markov models are also used. Three aspects are stressed: features, similarity metric, and models. Many interesting and important new results, based on research by the authors and their collaborators, are presented.

Although this book contains many new results, it is written in a style that suits both experts and novices in computer vision."

Michael S. Lew received his PhD degree in Electrical Engineering from the University of Illinois at Urbana-Champaign. He is currently an Associate Professor at Leiden University in the Netherlands. He has published over 100 scientific papers and helped organize several large conferences including IEEE Multimedia, ACM Multimedia, and the International Conference on Image and Video Retrieval.