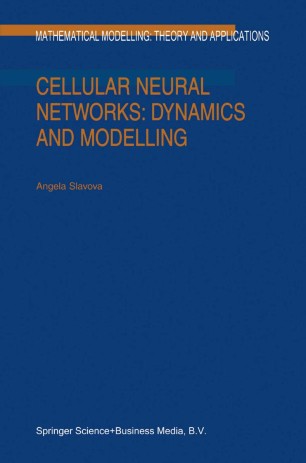 Conventional digital computation methods have run into a se­ rious speed bottleneck due to their serial nature. To overcome this problem, a new computation model, called Neural Networks, has been proposed, which is based on some aspects of neurobiology and adapted to integrated circuits. The increased availability of com­ puting power has not only made many new applications possible but has also created the desire to perform cognitive tasks which are easily carried out by the human brain. It become obvious that new types of algorithms and/or circuits were necessary to cope with such tasks. Inspiration has been sought from the functioning of the hu­ man brain, which led to the artificial neural network approach. One way of looking at neural networks is to consider them to be arrays of nonlinear dynamical systems that interact with each other. This book deals with one class of locally coupled neural net­ works, called Cellular Neural Networks (CNNs). CNNs were intro­ duced in 1988 by L. O. Chua and L. Yang [27,28] as a novel class of information processing systems, which posseses some of the key fea­ tures of neural networks (NNs) and which has important potential applications in such areas as image processing and pattern reco­ gnition. Unfortunately, the highly interdisciplinary nature of the research in CNNs makes it very difficult for a newcomer to enter this important and fasciriating area of modern science.