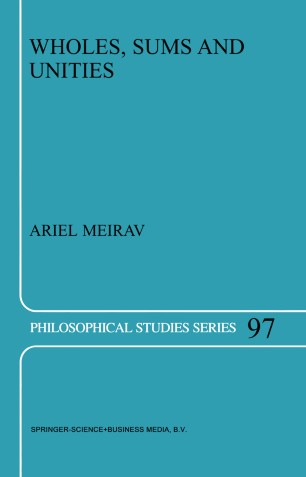 According to Ariel Meirav, the root of some of our most noteworthy difficulties in the metaphysics of concrete entities has been the traditional tendency to focus on the horizontal dimension of wholes (i.e. relations between the parts of a whole), and to neglect the vertical dimension (i.e. relations between the whole itself and its parts). In Wholes, Sums and Unities, Meirav formulates a critique of widely accepted mereological assumptions, presents a new conception of wholes as `Unities', and demonstrates the advantages of this new conception in treating a variety of metaphysical puzzles (such as that of Tibbles the cat). More generally he suggests that conceiving wholes as Unities offers us a new way of understanding the world in non-reductive terms.