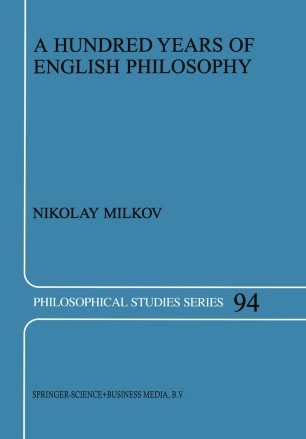 A Hundred Years of English Philosophy

This book is a historical investigation of the leading philosophical movement in England in the twentieth century. In seven chapters, the intellectual development of the most prominent representatives of analytic philosophy-Moore, Russell and Wittgenstein in Cambridge, and Ryle, Austin, Strawson and Dummett in Oxford-is traced. The book does not aim, however, at delivering a story. This means, above all, that generalisations and conclusions are reduced to a minimum-an approach adopted in an endeavour to avert the danger of subjectivism that interpreting the philosophers under scrutiny would impose. My hope is that by following this aproach, my inves­ tigation will stimulate readers to make their own generalisations and conclusions on the basis of the objectively presented data. Instead, my aim is to articulate a flawless, comprehensive description of the phil­ osophical texts of the seven most significant analytic philosophers in England in the twentieth century. For this purpose, all their articles and books have been sifted through in order to pick out the most representative parts. For obvious reasons, only the chapters on Russell and Wittgenstein, and-to a lesser extent-the chapter on Moore, are more theoretical.