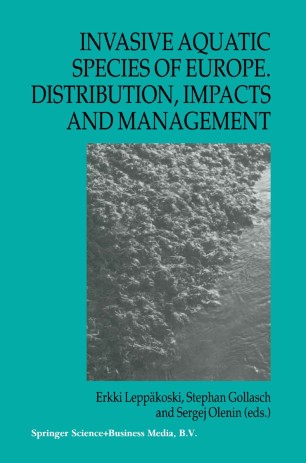 The global scale of alien species invasions is becoming more and more evident in the beginning ofthe new millennium. Though the problem ofbiological invasions became a rapidly growing research area, there are large gaps still, both geographically and the­ matically, to be filled in the near future. This book is the first attempt to provide an overall picture of aquatic species invasions in Europe. Its geographical scope stretches from Irish waters in the west to Volga River and the Caspian Sea in the east, and from Mediterranean in the south up to the Arctic coast of Europe. Not all parts of the continent could be equally covered, as in some countries species invasions are not studied yet. The book tends to represent the array of all major European aquatic systems on the broadest geographical and ecological scope possible from fully saline seas, semi-enclosed brackish water bodies and coastallagoons to freshwater lakes, major river systems and waterways. The key objectives include the present status and impacts caused by non-native aquatic species in European waters. Please note that lengthy species lists submitted for publication and additional informa­ tion were put on the Internet, as the electronical version of these tables benefits from computer assisted search for data (http://www. ku. lt/nemo/EuroAquaInvaders. htm). Altogether more than 100 scientists from 24 countries have joined to synthesize the available information on bioinvasions. However, the book does not claim to be fully comprehensive.