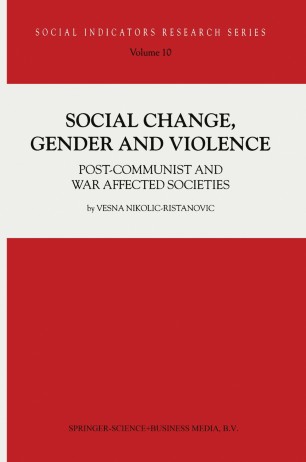 Based on large research material collected in Hungary, Macedonia, Serbia and Bulgaria Social change, Gender and Violence is the book which explores the impact of transition from communism and war on everyday life of women and men, as well as the way how everyday life and gender related changes affect women's vulnerability to domestic violence and trafficking in women. The book also explores the impact of micro level changes on development of civil society, women's movement, and legal and policy changes regarding violence against women. This is a unique book, which tries to look at violence against women as connected to oppression of both women and men. It argues that violence against women in post-communist and war affected societies is significantly connected to the increase of social stratification, economic hardship, unemployment, instability, uncertainty and related social stresses, changes in gender identity and structural inequalities brought by new world order. Using largely accounts of more than hundred interviewed people, the author shows vividly how, in post-communist societies, the contradictions of capitalism are interlaced with the mostly negative relics of communism. Moreover, the book shows how contradictory processes in post-communist societies have led to a rather paradoxical result: political pluralism and a capitalist economic system generated both violence against women and a women's movement, albeit not the conditions for a reduction of violence.