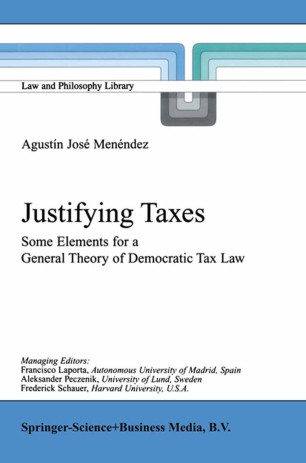 Some Elements for a General Theory of Democratic Tax Law

Justifying Taxes offers readers some of the elements of a democratic tax law, considered within its political and philosophical context in order to determine the extent of legitimate tax obligations. The objective is to revisit some of the issues in the dogmatics of tax law from the viewpoint of a critical citizen, always ready to ask questions about the justification underlying her obligations, and especially about her paramount burden, viz., the payment of certain amounts of money. Within this purview, special attention is paid to the general principles of taxation.
The argument is complemented by a detailed reconstruction of constitutional reasoning in tax matters, close attention being paid to the jurisprudence of the Spanish Tribunal Constitucional.
Readership: Legal scholars, political scientists and philosophers. Especially recommended to graduate and undergraduate students of Tax Law, Constitutional Law, Jurisprudence, Philosophy of Law and Political Theory.