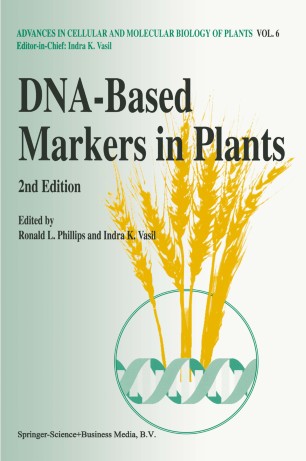 Part of the Advances in Cellular and Molecular Biology of Plants book series (CMBP, volume 6)

The double helix architecture of DNA was elucidated in 1953. Twenty years later, in 1973, the discovery of restriction enzymes helped to create recombinant DNA mol­ ecules in vitro. The implications of these powerful and novel methods of molecular biol­ ogy, and their potential in the genetic manipulation and improvement of microbes, plants and animals, became increasingly evident, and led to the birth of modern biotechnology. The first transgenic plants in which a bacterial gene had been stably integrated were produced in 1983, and by 1993 transgenic plants had been produced in all major crop species, including the cereals and the legumes. These remarkable achievements have resulted in the production of crops that are resistant to potent but environmentally safe herbicides, or to viral pathogens and insect pests. In other instances genes have been introduced that delay fruit ripening, or increase starch content, or cause male sterility. Most of these manipulations are based on the introduction of a single gene - generally of bacterial origin - that regulates an important monogenic trait, into the crop of choice. Many of the engineered crops are now under field trials and are expected to be commercially produced within the next few years.