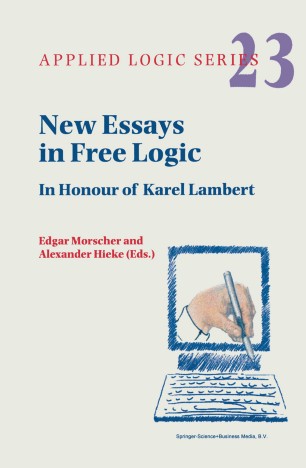 In Honour of Karel Lambert

Free logic - i.e., logic free of existential presuppositions in general and with respect to singular terms in particular- began to come into its own as a field of research in the 1950s. As is the case with so many developments in Western philosophy, its roots can be traced back to ancient Greek philo­ sophy. It is only during the last fifty years, however, that it has become well established as a branch of modern logic. The name of Karel Lambert is most closely connected with this development: he gave it its name and its profile as a well defined field of research. After a development of fifty years, it is time to look back and take stock while at the same time scanning for new perspectives. This is the purpose of the papers collected in this volume. The first paper is written by Karel Lambert himself who also comments on all the papers of the other authors. In an introductory essay we give a survey of the present status of and new directions in free logic.