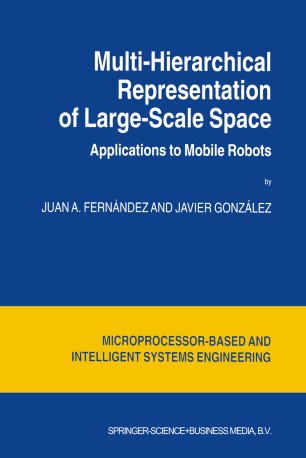 It has been stated in psychology that human brain arranges information in a way that improves efficiency in performing common tasks, for example, information about our spatial environment is conveniently structured for efficient route finding. On the other hand, in computational sciences, the use of hierarchical information is well known for reducing the complexity of solving problems. This book studies hierarchical representations of large-scale space and presents a new model, called Multi-AH-graph, that uses multiple hierarchies of abstraction. It allows an agent to represent structural information acquired from the environment (elements such as objects, free space, etc., relations existing between them, such as proximity, similarity, etc. and other types of information, such as colors, shapes, etc). The Multi-AH-graph model extends a single hierarchy representation to a mUltiple hierarchy arrangement, which adapts better to a wider range of tasks, agents, and environments. We also present a system called CLAUDIA, which is an implementation of the task-driven paradigm for automatic construction of multiple abstractions: a set of hierarchies of abstraction will be "good" for an agent if it can reduce the cost of planning and performing certain tasks of the agent in the agent's world. CLAUDIA constructs multiple hierarchies (Multi-AH-graphs) for a given triple , trying to optimize their "goodness".