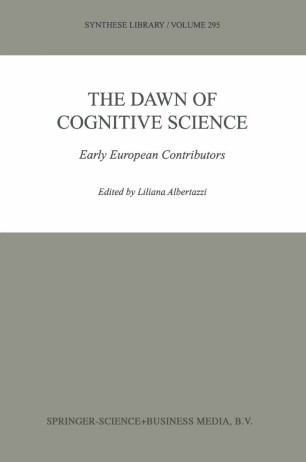 The Dawn of Cognitive Science

Current debate in cognitive science, from robotics to analysis of vision, deals with problems like the perception of form, the structure and formation of mental images and their modelling, the ecological development of artificial intelligence, and cognitive analysis of natural language. It focuses in particular on the presence of a hierarchy of intellectual constructions in different formats of representation.
These diverse approaches, which share a common assumption of the inner nature of representation, call for a new epistemology - even a new psychophysics - based on a theory of reference which is intrinsically cognitive. As a contribution to contemporary research, the reading presents the core of theories developed in Central Europe between the late nineteenth and early twentieth centuries by philosophers, physicists, psychologists and semanticists who shared a dynamic approach and a pronounced concern with problems of interaction and dependence. These theories offer innovative solutions to some of the epistemological and philosophical problems currently at the centre of debate, like part-whole, theory of relations, and conceptual and linguistic categorization.