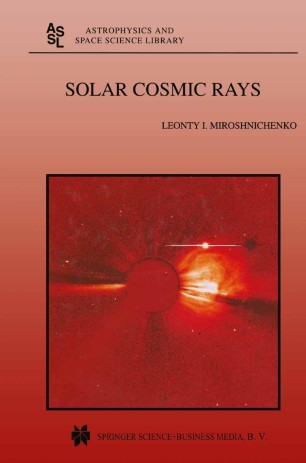 It turned out to be really a rare and happy occasion that we know exact1y when and how a new branch of space physics was born, namely, a physics of solar cosmic rays. It happened on February 28 and March 7, 1942 when the fIrst "cosmic ray bursts" were recorded on the Earth, and the Sun was unambiguously identifIed for the fIrst time as the source of high-velocity 10 particles with energies up to > 10 eV. Just due to such a high energy these relativistic particles have been called "solar cosmic rays" (SCR), in distinction from the "true" cosmic rays of galactic origin. Between 1942 and the beginning ofthe space era in 1957 only extremely high energy solar particle events could be occasionally recorded by cosmic ray ground-Ievel detectors and balloon borne sensors. Since then the detection techniques varied considerably and the study of SCR turned into essential part of solar and solar-terrestrial physics.