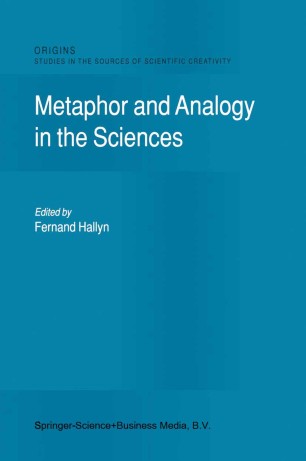 Metaphor and Analogy in the Sciences

"Science constructs its objects": is this a metaphor? It does not necessarily mean anyway that the real does not pre-exist. Only that in the final instance it is the Other, of which we know neither the limits nor the figure and to which we only have access through the constructions we make of it. Or, in semiotic terms borrowed from Charles S. Peirce, the world is the 'dynamic object' that intervenes in science only through the 'immediate objects' that manifest themselves in signs. And even then the choice of the term 'immediate' is not entirely felicitous: it would be better to talk of 'mediated objects', since their conception is mediated by the conditions from which perception as weIl as the language that expresses it derive. The preference bestowed on certain constructions over others results from the slighter recalcitrance in imagining a dynamic object through one or another mediated object. This recalcitrance that prompts one to surrender constructions does not come directly from the real, from the dynamic object, but from other constructions. Again, this does not mean that reality does not ex ist, but that it only 'speaks', confirms and objects, to the extent that it is being questioned within a certain form, by certain instruments, in a certain language. Even if it appears recalcitrant, the dynamic object intervenes only through another construction. Man, not nature, decides on the form to be considered, the instruments and language to be adopted.