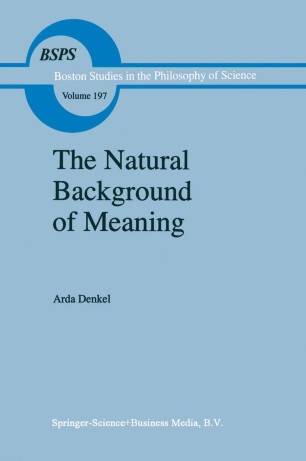 The Natural Background of Meaning

Part of the Boston Studies in the Philosophy of Science book series (BSPS, volume 197)

In The Natural Background to Meaning Denkel argues that meaning in language is an outcome of the evolutionary development of forms of animal communication, and explains this process by naturalising the Locke-Grice approach. The roots of meaning are contained in observable regularities, which are manifestations of objective connections such as essences and causal relations. Denkel's particularistic ontology of properties and causation leads to a view of time that harmonises B-theory with transience. Time's passage, he argues, is a necessary condition of communication and meaning.
The book connects some central topics in the philosophies of language, science and ontology, treating them within the framework of a single theory. It will interest not only professional philosophers doing research on meaning, universals, causation and time, but also students, who can consult it as a textbook examining Grice's theory of meaning.