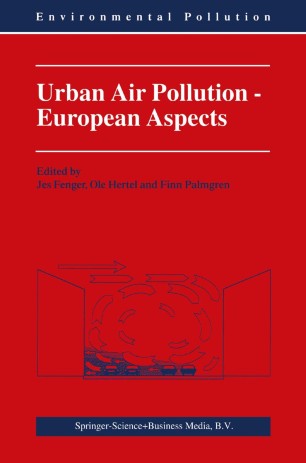 Since 1950 the population of the world has more than doubled, and the proportion of people living in cities has increased by a factor of four. In the year 2000 nearly half of the world's population will live in urban areas. Air pollution has always been one of the major nuisances of urban living, but in recent decades the sources of pollution have changed in importance in most of the industrialised world. Earlier they were dominated by individual heating systems, industry and local power plants; now they are mainly related to traffic. Concurrent with this development, the composition of the pollution has changed; it is now dominated by nitrogen oxides, volatile organic compounds and small particles arising from diesel exhaust.
Urban Air Pollution - European Aspects was initiated within the European Community COST-Citair programme, in which many of the authors participated. The book presents an up-to-date account of the situation with special reference to European cities. The structure of the book follows by and large the logical chain of events in air pollution, from sources, through dispersion and deposition, to impacts, with additional chapters on experimental or computational techniques and regulatory aspects. The target group is university students at graduate level, but the book should also be useful for technical experts in international, governmental and municipal institutions as well as in private consulting companies and non-governmental organizations.