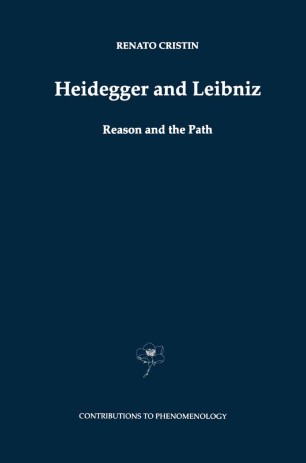 Reason and the Path with a Foreword by Hans Georg Gadamer

Part of the Contributions to Phenomenology book series (CTPH, volume 35)

Heidegger holds that our age is dominated by the ambition of reason to possess the world. And he sees in Leibniz the man who formulated the theorem of our modern age: nothing happens without a reason. He calls this attitude `calculating thought' and opposes to it a kind of thought aimed at preserving the essence of things, which he calls `meditating thought'. Cristin's book ascribes great importance to this polarity of thinking for the future of contemporary philosophy, and thus compares the basic ideas of the two thinkers. Leibniz announces the conquest of reason; Heidegger denounces the dangers of reason. Their diversity becomes manifest in the difference between the idea of reason and the image of the path.
But is Leibniz's thought really only `calculating'? And do we not perhaps also encounter the traces of reason along Heidegger's path? With these questions in mind we may begin to redefine the relation between the two thinkers and between two different conceptions of reason and philosophy. The hypothesis is advanced that Heidegger's harsh judgment of Leibniz may be mitigated, but it also becomes clear that Heidegger's rewriting of the code of reason is an integral part of our age, in which many signs point to new loci of rationality.
With his original interpretation, aware of the risks he is taking, Renato Cristin offers a new guide to the understanding of reason: he shows forth Leibniz as one who defends the thought of being in the unity of monadology, and Heidegger as a thinker who preserves the sign of reason in his meditating thought.