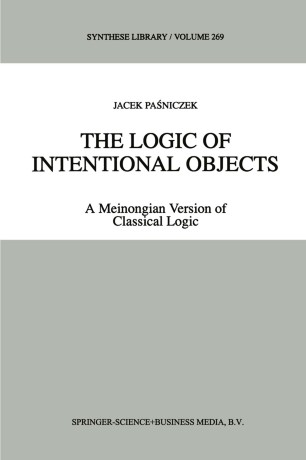 The Logic of Intentional Objects

A Meinongian Version of Classical Logic

Intentionality is one of the most frequently discussed topics in contemporary phenomenology and analytic philosophy. This book investigates intentionality from the point of view of intentional objects. According to the classical approach to this concept, whatever can be consciously experienced is regarded as an intentional object. Thus, not only ordinary existing individuals but also various kinds of non-existents and non-individuals are considered as intentional (including such bizarre entities as quantifier objects: `some dog', `every dog').
Alexius Meinong, an Austrian philosopher, is particularly well-known as the `inventor' of an abundant ontology of objects among which even incomplete and impossible ones, like `the round square', find their place. Drawing inspirations from Meinong's ideas, the author develops a simple logic of intentional objects, M-logic. M-logic closely resembles classical first-order logic and, as opposed to the formally complicated contemporary theories of non-existent objects, it is much more friendly in apprehending and applications. However, despite this resemblance, the ontological content of M-logic far exceeds that of classical logic. In this book formal investigations are intertwined with philosophical analyses. On the one hand, M-logic is used as a tool for investigating formal features of intentional objects. On the other hand, the study of intentionality phenomena suggests further ways of extending and modifying M-logic.
Audience: The book is addressed to logicians, cognitive scientists, philosophers of language and metaphysics with either a phenomenological or an analytic background.