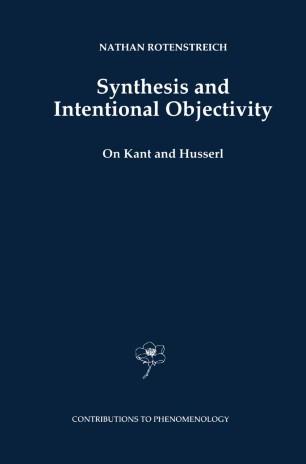 On Kant and Husserl

Part of the Contributions to Phenomenology book series (CTPH, volume 33)

We shall be concemed in the following pages with some issues common to the systems of both Kant and Husserl. Given the structured nature of philosophical systems, however, the topics cannot be isolated from the systems in which they function, imbuing them in each case with a specific direction. An examination of the basic concept of Anschauung will indicate the difference between the two systems. To be sure, Anschauung points in both to the visual aspect of knowledge, an element inherent in the classical concept of theoria, which is related to the word horao, to see. In Kant, however, the visual aspect is not the highest component of cognition, since it is related to sensuality. Anschauung belongs to the synthesis and not the summit of knowledge. It is given before thinking, and is present in the ongoing search for relations between data. In Kant's understanding, pure reason can be related to data only through the medium of understanding. In this sense, we could say that Anschauung, being a variation of Schau, is that which can be perceived with the eyes. In Kant's system, it points to the presence of that which is given and thus to reception, whereas knowledge proper is a synthesis of reception and spontaneity .