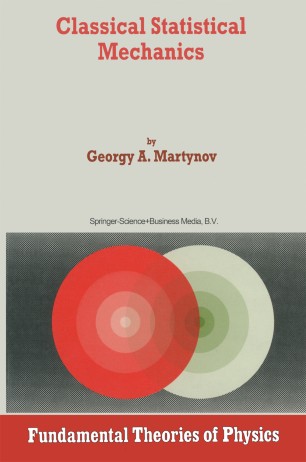 Statistical mechanics deals with systems in which chaos and randomness reign supreme. The current theory is therefore firmly based on the equations of classical mechanics and the postulates of probability theory. This volume seeks to present a unified account of classical mechanical statistics, rather than a collection of unconnected reviews on recent results. To help achieve this, one element is emphasised which integrates various parts of the prevailing theory into a coherent whole. This is the hierarchy of the BBGKY equations, which enables a relationship to be established between the Gibbs theory, the liquid theory, and the theory of nonequilibrium phenomena. As the main focus is on the complex theoretical subject matter, attention to applications is kept to a minimum.
The book is divided into three parts. The first part describes the fundamentals of the theory, embracing chaos in dynamic systems and distribution functions of dynamic systems. Thermodynamic equilibrium, dealing with Gibbs statistical mechanics and the statistical mechanics of liquids, forms the second part. Lastly, the third part concentrates on kinetics, and the theory of nonequilibrium gases and liquids in particular.
Audience: This book will be of interest to graduate students and researchers whose work involves thermophysics, theory of surface phenomena, theory of chemical reactions, physical chemistry and biophysics.